Tabuu Wrap-up: The right combination of discretion and exposure provides the kind of exhibitionism that’s just a little dangerous, but incredibly sexy.

Exhibitionism is often misunderstood. I’m not denying some people do have a strong compulsion to inappropriately expose themselves to strangers in public places. That’s not consensual, it’s shocking, and it’s not okay. However, there are many other people out there who find exposing their bodies or having sex in public extremely arousing and thrilling.

Exhibitionists enjoy the thought of people watching, but they don’t actually want to get caught and they don’t practice exhibitionism with people who don’t want to. If you’re looking to understanding exhibitionism a little bit better, you’re in the right place! Let’s take a look at what exhibitionism actually is and how it can be practiced in a safe, consensual way without any risks!

The Many Faces of Exhibitionism

Before we take a look at the psychology behind exhibitionism, I want to briefly discuss the types of exhibitionism. Many people will fall into one category or the other, but it’s very common for exhibitionists to go through the categories however they want.

The most common type of exhibitionism is known as flashing and it’s when someone briefly exposes a part of their body. Women who lift up their shirts to reveal their breasts at Mardi Gras are flashing. Men and women do this because it’s a quick and easy way to get a reaction from people around them.

Another type of exhibitionism is known as mooning, which is similar to flashing, but when men do it is not sexual. Men often moon others to be funny. When women do it, it’s often considered sexual, but it’s not always the case. I know, confusing, right? It all depends on the context.

Streaking is yet another type of exhibitionism, but it’s more extreme than what we’ve discussed so far. Streaking consists of getting completely naked and then running through somewhere public. As you can probably tell, streaking is about shock value and there’s nothing sexual about it. People often do it as a prank and to make people gasp.

Now, let’s get into the good stuff. There’s a type of exhibitionism called anasyrma, which consists of lifting your skirt to let a partner know you’re not wearing any undies. There’s also candaulism, which is when partners remove or push aside clothing to expose your genitals or breasts.

Last but not least, there’s martymachlia, which is when you’re excited about the idea or the act of engaging in sexual activity in front of others. Technically, martymachlia is a paraphilia, but it’s not necessarily deviant behavior. Especially not if it’s performed in a consensual manner. For example, you’re not a deviant if you enjoy fantasizing about having consensual sex with your partner at the beach or in the woods where someone can easily run into you.

The Psychology of Exhibitionism

However, interest in exhibitionism is often extremely broad and many people assume it’s a disorder, without looking at the context of each person’s experience with it. When people think of exhibitionists, they think of creepy men who walk around naked wearing only a trenchcoat waiting for the right moment to flash vulnerable strangers.

If you’re into kinky sex, you can understand how exhibitionism could be an incredibly sexy and hot sexual experience. Of course, we know it’s illegal to have sex or be naked in public and if you’re caught by the police, you could face charges. That means discretion is very important if you’re thinking of giving exhibitionism a try!

The Guidelines of Exhibitionism

If you want to explore exhibitionism and have an amazing time with it, the first thing you need to do is get consent. You actually need consent. If you don’t think you need it, you may be falling under the paraphilia aspect of exhibitionism and you must seek professional mental health.

The second thing you need to do is determine what aspect of exhibitionism turns you on and how you can practice that with a consenting partner. For example, if you’re turned on by the thought of flashing, you can set up a scenario with your partner where you can expose yourself to them and have then be surprised. Exhibitionist role play provides a safe outlet for your desires and it will make you happier! You can also leave your underwear at home when you go out to dinner with your partner. That way they can drop their napkin at some point and you can flash them under the table. No one will be the wiser!

I hope you’re catching my drift here! You can live your best exhibitionist fantasies. All you need to do is talk it through with your partner, get their consent, and then get creative with it. The point is to have fun and be discrete. Do that, and you can get away with a lot! And again, if you feel like you can’t control your exhibitionist impulses, I urge you to look for help! You want to enjoy your exhibitionist desires, not to be controlled by them to the detriment of your mental health.

What you may think about exhibitionism is not the complete picture. If you want to live your fantasies in a safely and discretely, you can find a way! 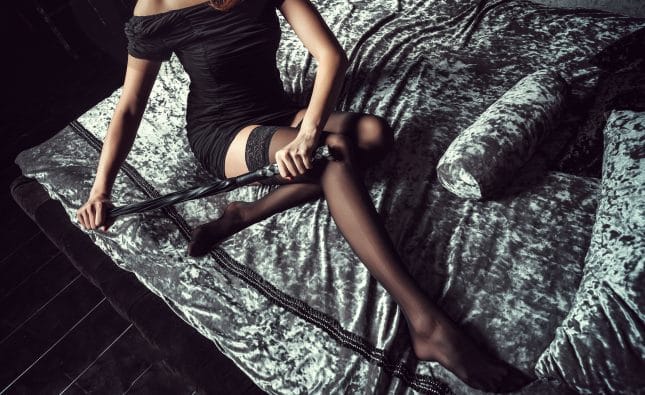 What… Kink Without Sex? Yep, It’s a Thing and Some People Love it! 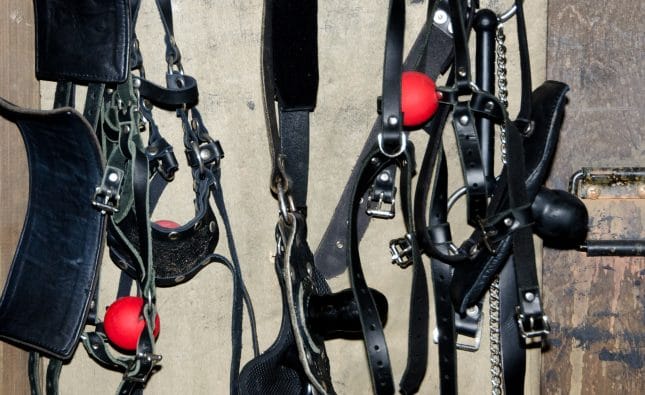 Want To Try Kink? 5 Must Do’s Before You Start