Crystal got on her knees on the floor of the living room and kept her hands behind her back. She looked up expectantly at Kenny. Her tongue was sticking out and waiting for Kenny’s girthy, veiny cock. Kenny slapped Crystal’s tongue and cheek with his cock before letting Crystal suck on and play with his balls. Crystal took Kenny’s full balls in her mouth, getting them all nice and covered with spit as she used her tongue to play with them. While her mouth was filled with Kenny’s balls, she wrapped one of her hands around the thick, erect base of his cock and began jerking him off. A large bead of precum dribbled out of the head of Kenny’s cock and dripped onto Crystal’s forehead. Once Kenny’s balls were glistening wet from their thick coating of spit, Kenny pulled his balls out of her mouth and smeared them all over her face, ruining her makeup. “That is it, you like that, don’t you? You like it when I smother my spit-covered balls all over your face, don’t you? Tell me, do I have a bigger dick than your husband?” Kenny growled.

Crystal giggled and responded “Oh yes, that feels so fucking good. You have such a big cock, Kenny, I do not think Tony could ever compare to you! God, I just can’t wait to get that beautiful fucking cock deep inside of me so that I can finally know what it feels like to be fucked by a real man,” Crystal said. She then proceeded to run her tongue along the length of his shaft, getting his dick all wet and covered with spit.

Tony was loving every minute of this. He especially liked it when they talked dirty to each other and when they disparaged him. At this point, Tony had pulled his cock out of his pants and was jerking himself off as he watched his best friend face fuck his wife. Kenny had a hold of Crystal’s face and was using his grip to hold her in place while I brutally fucked her throat. Crystal was gagging and spluttering with strands of spit mixed with precum running out of the corners of her mouth and dripping onto her tits. Kenny loved the feeling of Crystal’s wet, needy throat wrapped so tightly around his cock, but he wanted to know what her cunt felt like. After about ten minutes of pounding Crystal’s throat hard and deep, Kenny and Crystal switched positions so that he was ramming his large, veiny cock deep inside of her cunt.

Crystal was now positioned so that she was bent over, with her head in her husband’s lap. Kenny had grabbed a hold of her arms and was pulling on them while he fucked her from behind. Crystal’s mouth was so close to her husband’s dick, but she did not wrap her lips around his dick. She instead chose to humiliate him by making fun of the size of his dick and how he was unable to pleasure her sexually. This only turned Tony on even more and he found himself jerking off even faster. He loved the fact that he was so close to the action, yet he could not participate in it.

“Put that pathetic excuse for a cock away, Tony” Crystal castigated her husband as Kenny collected his things to leave. “Do not think this is over, either,” Crystal continued, looking deep into Tony’s eyes as she informed him “You are going to be eating his load out of my cunt soon enough,” and Tony’s eyes lit up with joyous excitement. 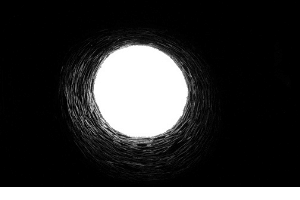