I wiped the sweat from my brow and trudged along the nature trail. I stopped to take a swig of water before continuing. Ahead of me was my girlfriend, Ava. “Are you doing okay?” she asked me as she made easy work of the rocky, uneven terrain. I told her that I was doing fine, but that I was ready for us to finally get to the end destination. “Yeah, I could not agree more,” She remarked.

We continued to traverse the trail, ducking to avoid low-hanging branches and pushing the dense, lush foliage out of our way. There were several times in which we encounter other hikers who were walking in the opposite direction as they were returning from their hike. Sometimes, the trail was wide enough to allow for us and them to tread the trail at the same time, but other times, the trail was too narrow and we had to step aside into the overgrowth in order to let them pass.

Finally, after about another twenty minutes of hiking, we came across an opening in the trail. The usually thick canopy opened up into a beautiful meadow. Vibrantly colored flowers dotted the meadow, adding to the picturesque atmosphere of the place. Ava turned around and gave me a mischievous smile. This was our final destination on the trail, but we were not here to take pictures or even rest for that matter. In fact, the whole reason we hiked to this meadow was so that we could get very active with each other. This meadow was known as “Lovers’ Point” to people who were familiar with the trail. It was where couples with a penchant for exhibitionism would go to have sex. The open meadow, the beauty of the scenery, and the proximity to a popular hiking trail where anybody could walk by at any moment only added to the area’s popularity. Ava and I were both big exhibitionists, and we had been planning on going here to have sex for quite a while, now. “Do you have the blanket?” Ava asked me as I set my backpack down on the grown. I nodded my head and fished a blanket out from the backpack I laid it out on the grass so that we would have a more comfortable, and more cleanly, surface to have sex on other than just the ground.

We knew we had to move quickly. After all, exhibitionism turned us on so much because we felt like we had to go as quickly as possible in order to avoid detection. Within seconds, Ava and I were both completely naked and embracing each other in a passioned, lust-filled kiss. The sight of her naked body illuminated by the sunlight was even more splendid than usual. “Oh fuck, Zeke, I am so fucking wet for you right now,” Ava whispered into my ear. I felt her grab my wrist and guide my hand between her legs. I plunged my fingers inside of her tight, amazing cunt and found that she was, indeed soaking wet for me. Within seconds, my fingers were completely coated in her juices. It felt so amazing to feel her cunt wrapped so tightly around my fingers, but I knew that her pussy would feel even better enveloping my cock, which was already fully erect.

Ava laid down on the blanket on her back, and spread her legs wide open, presenting her beautiful, desperately horny pussy for me. I positioned myself between her legs so that we were in the missionary position. When we were originally planning this trip out here, we agreed that the missionary position would be the best position to have sex in, because it made it so that we were both low to the ground and concealed by the tall grasses that populated the meadow. I pushed the swollen head of my rock hard, twitching cock inside of Ava and I was immediately overtaken with euphoria.

I began to buck and thrust my hips, pushing my cock deeper and deeper inside of her needy, hungry pussy. Soft moans were escaping Ava’s lips, so I placed my hand over her mouth in order to make her quiet. This turned Ava on even more and her eyes rolled to the back of her head. There was just something so indescribably sexy about having sex outside. The feelings of delinquency and recklessness made me feel like I was in college all over again. However, in college, I used to be even more reckless with my exhibitionism. I was known to fuck my girlfriend in the frat houses in front of the other frat members. The adrenaline rush that came with knowing that anybody could walk in on us at any moment made the whole thing even more pleasurable.

Suddenly, Ava took my hand off of her mouth and whispered “Holy shit, Zeke, I am going to cum!” and seconds later, she was doing exactly that. She wrapped her trembling, quivering legs around my waist in order to keep me deep inside her. The feeling of her incredibly tight cunt spasming around my cock felt heavenly and made it even more difficult to keep quiet. I gave her a look that told her that I was close to cumming. She pulled me in even closer and we both shivered with delight as I dumped my load deep inside of her. I remained inside of her for just a few moments longer. We basked in the afternoon heat and the feeling of my cock throbbing powerfully inside of her pussy before deciding to get up and leave as quickly as possible. With our veins still pumping with both adrenaline and euphoria, we quickly got dressed and made our way back down the trail. On the way down, we passed several other hikers, and every time we did, I smirked to myself knowing that Ava had a hot load dripping out of her cunt and these other hikers did not even know. 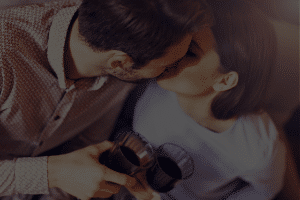 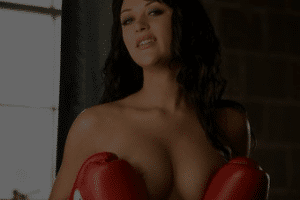