I was very nervous when I first talked to my boyfriend about what people call “unconventional sexual activities”. So nervous that I had a shaky voice. I was sure there were things that I wanted to try different things, but at the same time, I didn’t want to potentially ruin a good relationship.

My “confession” may have come out of the blue, but I’m sure it didn’t came as a surprise. We had met on Feeld, a dating app that made it easy for people with an interest in polyamory, alternative sexual preferences, kink, and multiple partners, to find each other and connect.

The swinging scene is not the only thing that has changed, though. The language surrounding it changed as well, which is why now people who are into recreational sex with more than one partner, are “in the lifestyle.” “The lifestyle” refers to the people who engage in polyamory in a healthy way. These people are comfortable with and committed to exploring sexuality in a positively and healthily.

Typically, “swinging” refers to couples who switch sexual partners with other couples. “The lifestyle” is a term that encompasses more than that; it refers to people looking for recreational sexual experiences with other people that are not a part of the relationship. This includes having threesomes, going to sexual parties or clubs, etc.

The lifestyle differs from polyamory, where you have an open relationship and are romantically, emotionally involved with more than one people. Couples that are part of the lifestyle are emotionally monogamous to each other, meaning that the fun they have with other people is purely sexual.

Before meeting my boyfriend, I got in touch with Ana and Tom on Feeld as well. They’re a committed couple from Austin who loves traveling and craft beer. Ana told me that she and Tom started “swapping”, which is what she calls it, 4 years into their relationship 8-year relationship.

According to Ana, it took them a while to figure things out and to determine the kind of dynamic they were going to have. They did a ton of research and had many conversations about what they wanted. She says it was a very exciting process; the more they talked about it and worked things out, the more excited they became.

Much like me, Ana considers herself bisexual and she was interested in having sexual experiences with other women. She never really had a chance to explore her sexuality, so becoming a part of the lifestyle seemed like a positive way to expand her comfort zone. Ana and Tom discussed things for a year before having their first experience. To this day, they check with each other to clarify expectations and boundaries, which seems to be key in these relationships. At first, Ana was afraid of what people may think, not just about her, but of her relationship. But at the end of the day, it was a decision they made together as a couple.

Communication is very important in the lifestyle, so much so that it has its unique vernacular. For example, “soft swap” refers to couples who limit their level of intimacy with others so there’s only kissing, touching, and maybe oral sex. A “full swap” is when couples agree to engage in every form of intimacy with other people. A “unicorn” is a woman who’s looking for threesomes with committed couples. It’s worth noting that some people find this term derogatory, while others love it. As you can see, the lifestyle sounds a bit transactional, and it is! That’s because making expectations perfectly clear is an essential part of the process.

Back in the day, the term “swinging” was considered scandalous. After all, casual sex was not very casual and it was frowned upon. This is why the corresponding language became associated with scandal, and this created a stigma. This would explain why recent generations have left “swinging” behind and changed it to something a lot more expansive.

The language we use to describe different things evolves as we become more accepting and knowledgeable. That’s why it makes perfect sense that the word “swinging” has been replaced by a term such as “the lifestyle.”

To put it simply: swinging went through a re-branding, and the language is not the only thing that made an impact. The age of the internet has made things a lot easier for curious couples than ever before. Finding each other is as easy as joining a dating app for people with the same interests, and then starting a conversation. Technological advancements have made the lifestyle a lot more relaxed.

Now people in the lifestyle can connect with others not just nationally, but internationally. Couples don’t hold things back anymore, they’re honest and transparent with each other, and communication is a strength. In fact, being so open in this area of their relationship has allowed swinger couples to become a lot more honest and open about other things.

Swapping is certainly not for everyone. But people in the lifestyle who have made it work and have put themselves in a position where they can talk openly about anything, including bad dates, sex, desires, etc., often build even stronger bonds. For many people, the lifestyle has made their relationships better.

As a consequence of all this, the lifestyle is no longer the taboo it used to be. It opens a path for the people who want to explore their sexuality without any concern of old misconceptions or judgments. The lifestyle has created the environment for many to be comfortable with themselves and what they want for their sexual lives.

From the moment we had that first conversation, my boyfriend and I have been discussing the possibility of joining the lifestyle. We talk about it casually, as if considering a trip to Japan. And even though it’s not on our plate yet, it’s on the table, and that makes all the difference for me. That’s what I was looking for; a dynamic that was exciting, energized, open, and a space where we can define the life we want to lead together. 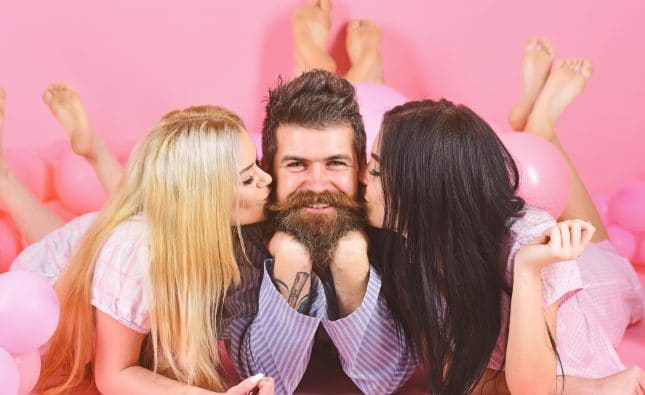 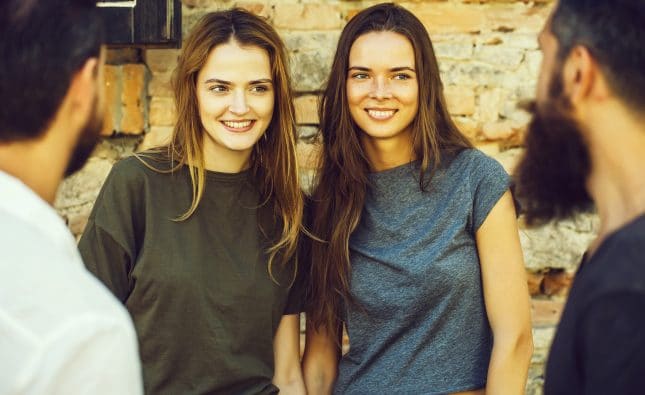 A Beginner’s Guide to Swinging; We Know You’re Curious!